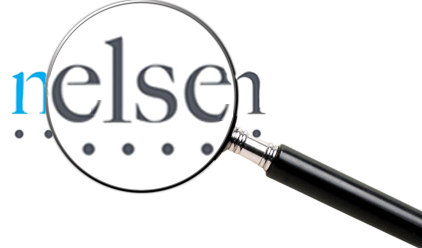 With the first full survey book of 2018 now in the rearview mirror, Nielsen says radio programmers are taking stock of the trends and indicators of what may lie ahead this year for their audiences.

Nielsen’s January portable people meter (PPM) ratings shed light on how Adult Contemporary (AC) stations are still riding the momentum they gained during a big Holiday book spike. Elsewhere, News/Talk stations are also working on their own momentum courtesy of continued interest in the news cycle. And finally, Pop Contemporary Hit Radio (CHR) has started the year with slightly less tune-in than we saw last year.

During the holidays, the AC format set an all-time record for highest audience share thanks to the yearly migration to the “all-Christmas” music format. But the payoff for flooding the airwaves with holiday songs didn’t end with the Holiday book. This month’s data show the strongest January results for AC that we’ve seen, with increases across the board compared to the same month in previous years.

News/Talk also had a strong January, which is typical for this time of the year as winter weather affects many of the large northeastern markets, while at the same time the news cycle picks back up following the holiday break. But to really judge News/Talk’s performance (which includes both commercial and non-commercial stations in PPM markets), NIelsen says it’s helpful to look beyond just last year’s results when the Presidential election was still a hot topic. Overall, News/Talk continues to see strong audience numbers in 2018, and news consumption continues to be on the rise in America.

Finally, Pop CHR is one of America’s largest formats. It ranks No. 1 nationwide in terms of total weekly listeners (69.8 million listeners aged 12+) and third in total audience share (7.6% for listeners 12+), behind only Country and News/Talk. In the PPM markets it leads all other formats in audience share among both Millennial listeners (18-to-34) and 25-54 year-olds. However, tune-in during the opening month of 2018 was the lowest on record for Pop CHR in PPM measurement, following the trends set in 2017, the lowest overall year for Pop CHR, particularly among Millennials. While CHR still has a substantial lead with Millennials (Country ranked second in January with 8.4%), NIelsen believes it will be interesting to track the fortunes of Pop CHR as the year goes on, and music cycles and audience tastes continue to shift.

Data used in this article is inclusive of multicultural audiences. Hispanic consumer audiences are composed of both English and Spanish-speaking representative populations.
Posted 7:29:00 AM