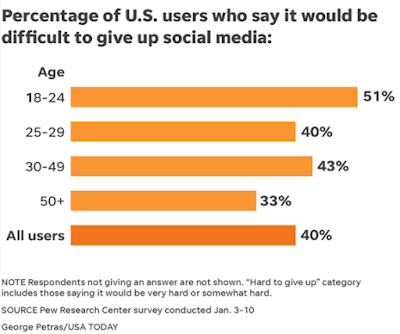 More Americans are finding it increasingly difficult to give up Facebook, Snapchat and other social media.

According to USAToday citing a survey published Thursday by the Pew Research Center, 40% of respondents said they would find it hard to give up social media, up from 28% four years ago. 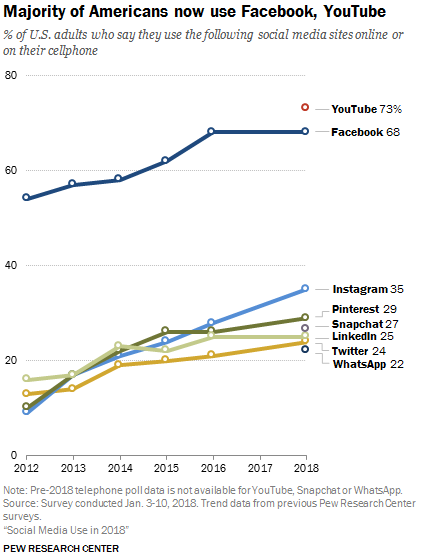 While Facebook remains among the most popular social media services, its growth appears to have flattened, according to Pew. About 68% of U.S. adults say they use Facebook, trailing only YouTube at 73%.

However, the Pew survey shows a large majority of users between the ages of 18 and 24 use Instagram and Snapchat. Findings show more than three-quarters of U.S. adults in that age bracket use Snapchat, while 71% are on Instagram.
Posted 3:02:00 AM