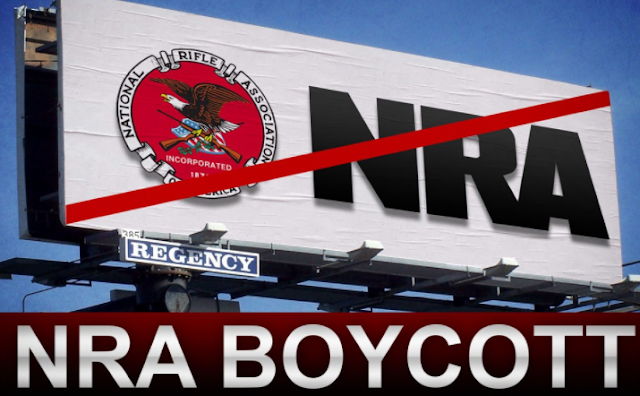 More than a dozen corporations including Delta, Hertz and the First National Bank of Omaha are ending NRA member discounts and other perks in the wake of the Parkland, Fla. school shooting. In a statement, the NRA called it "a shameful display of political and civic cowardice."

Axios reports that companies are increasingly stepping up on social issues when government has been reluctant or gridlocked.

Axios' co-founders, executive editor Mike Allen and CEO Jim VandeHei, Tuesday were asked on CBS This Morning what sort of pressures are driving companies toward taking such a stand.

"I think there are two things that are hitting a company simultaneously that are really reshaping our relationship with the companies and the companies that we work for," VandeHei said. "One is social media. People can instantly put pressure on companies to make big decisions about their products.


"And you saw this with the Muslim ban, you saw it with immigration, you saw it with global warming, and now you're seeing it with guns, where companies like Blackstone over the weekend, Bank of America over the weekend are saying, listen, we're going to take a look at our clients' relationships with gun manufacturers. This never would have happened five or ten years ago."

Mike Allen added, "It's a lot harder now to be a CEO. These issues that Jim is talking about -- and this includes me, too -- this includes LGBT discrimination, this includes immigration. Like all of those, it used to be risky for a brand or a company to talk about it. Now they have to.

"It's funny; this is partly a Trump effect. Just in the last year there's been something of a change from pulling back to, now you have to speak up."