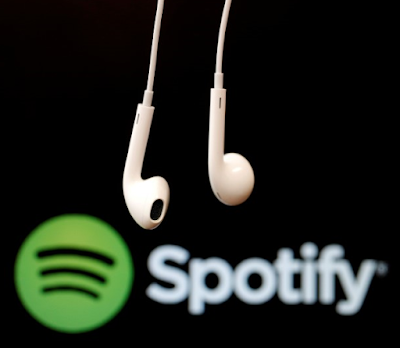 After nine years as a start-up, Spotify announced plans Wednesday to go public.

As the most popular and celebrated music streaming platform, the company has its share of boosters. Still, reports CNBC,  as it prepares to join public markets it faces the same problem other internet companies have faced before — a balance sheet that's deeply in the red, and a business model that doesn't show an obvious way to profitability.

Perhaps just as important, it will be going up against deep pocketed competitors like Apple Music and Amazon Music, both of which can afford to operate music services forever without making a dime.

Still, the company has some things going for it.

Right now, Spotify is the clear industry leader in the U.S. among streaming music services, with the company reporting 71 million paying subscribers as of December, and more than 159 million active listeners. Its closest competitor, Apple Music, is far behind at 36 million subscribers.

Like many public internet companies, including Snap and -- until last quarter -- Twitter, Spotify does not turn a profit. However its revenue is nothing to sneeze at. It had $4.9 billion in 2017, according to its F1 filing, with a growth rate of 46 percent compared to the prior year. Still, the company posted a loss of $1.5 billion last year (though roughly a billion of that was due to one-time costs).

Although the company has been able to negotiate better licensing deals with record labels, those are still very costly. Rights holders — labels, songwriters and publishers — get payouts that are tied to a portion of revenue, and as of December 2017 the company said it has paid out $9.76 billion in royalties to "artists, music labels and publishers."

In late January, U.S. copyright royalty judges — known as the Copyright Royalty Board (CRB) — sided in favor of publishers and songwriters and agreed to boost the rate for interactive streaming by more than 43 percent over the next five years.

There's also a concern about consumer overload. With so many streaming services, many analysts believe there's a limit to what consumers' budgets — and attentions — can handle.
Posted 5:18:00 AM