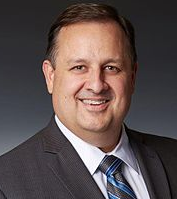 In a number of tweets on Friday, Shaub expressed his confusion as to why accepting the gift didn’t go against the standards of conduct for federal employees that bar employees from receiving gifts from lobbyists, such as the NRA.

The FCC chairman has yet to respond to Shaub’s tweets


Anyone care to explain to me why the FCC thinks that the ethics rules allow Ajit Pai to accept the gift of an expensive handmade gun from the NRA, an entity whose interests he can affect (and has affected) by the performance of his official duties? Am I missing something? https://t.co/S6ocyWIV7H
— Walter Shaub (@waltshaub) February 24, 2018

Pai received the NRA-sponsored “Charlton Heston Courage Under Fire Award” award in recognition of the heavy criticism he received for his successful push to repeal the FCC’s net neutrality rules, which were widely supported by the public.

The handmade Kentucky long gun awarded to Pai will be kept at the NRA’s museum in Fairfax, Va.

Shaub argued, however, that a federal employee can only receive a gift if it won’t affect the interest of the giver. But because the NRA waged a campaign on net neutrality, it’s likely the NRA thinks Pai can “affect its interests.”

“And the exception applies ONLY when the award is a bona fide public service award. This goofy ‘Courage Award’ would not seem to qualify,” Shuab went on to tweet. “They don't even give it on a regular schedule.”