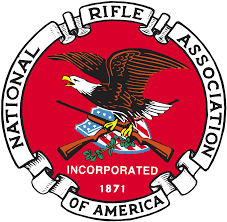 The National Rifle Association on Saturday fired back at the growing list of companies that have severed business ties with the gun lobby group in recent days following a mass shooting in Florida.

A number of companies have responded to the call, including Delta Airlines, United Airlines, Hertz, MetLife, Enterprise Holdings, and Avis and Budget.

In its statement on Saturday, the NRA called the boycotts an effort to "punish NRA membership in a shameful display of political and civic cowardice."

"Let it be absolutely clear," the statement continued. "The loss of a discount will neither scare nor distract one single NRA member from our mission to stand and defend the individual freedoms that have always made America the greatest nation in the world."

According to BusinessInsider, the NRA said in its statement on Saturday that the group had "nothing at all to do with the failure of that school's security preparedness, the failure of America's mental health system, the failure of the National Instant Check System or the cruel failures of both federal and local law enforcement."

The group was referring to the multiple instances in which the local sheriff's department and the FBI neglected to investigate tips about Cruz's violent outbursts and threats to commit school shootings.
Posted 3:24:00 AM