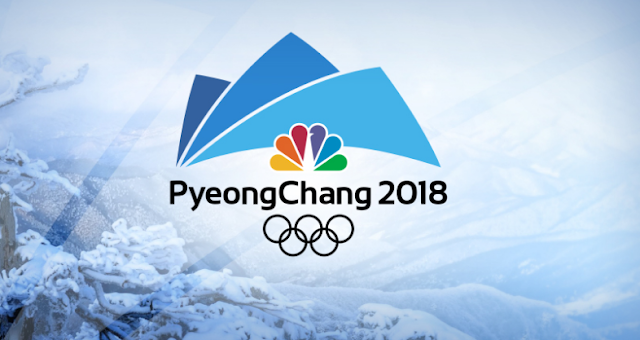 After the Sunday finale of the Winter Olympics from Pyeongchang, South Korea, NBC Sports’ viewership was tracking down about 8 percent from the previous winter Olympiad.

According to the Stamford Advocate, NBC broadcaster drew an average of 20.6 million prime-time viewers across broadcast, cable and digital platforms from the start of the games through last Thursday, according to data from Nielsen and Adobe Analytics. In comparison, the 2014 winter games in Sochi, Russia, averaged 22.4 million during the same span.

“The good news for NBC Sports is they beat the competition handily. The bad news is overall ratings are down,” said Sam Craig, director of the entertainment, media and technology program in New York University’s business school. “But those trends reflect a general decline in TV ratings.” 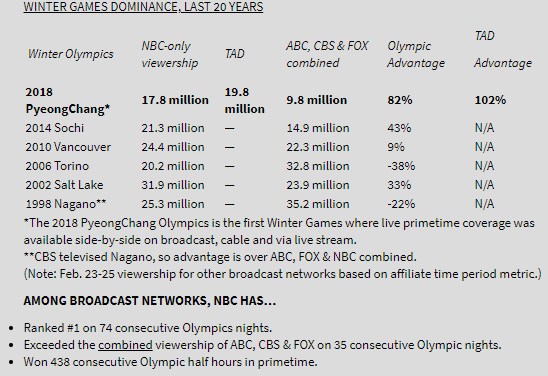 NBC increased the volume of its winter Olympics coverage by 50 percent from four years ago, producing approximately 2,400 hours across its broadcast, cable and digital platforms.

In comparison, it produced about 1,600 hours for Sochi and 835 for the 2010 winter Olympics in Vancouver.

Pyeongchang also marked a changing of the guard in the broadcast booth, as Mike Tirico took over from Bob Costas as the prime-time host.

The Opening Ceremony on Feb. 9 drew an average total audience of 28.3 million. The event ranked as the most-watched Friday night program on any network since the 2014 Sochi Olympics. NBC officials also cited the games’ growing digital audience. With 1.69 billion minutes of live-streaming on NBCOlympics.com and the NBC Sports app, Pyeongchang has more than quadrupled the Sochi streaming total.

But the total prime time audience across broadcast, cable and digital channels trailed the comparable night during the Sochi games on every night, except one when it pulled ahead and another when it was equal, from the Feb. 8 start through last Thursday.