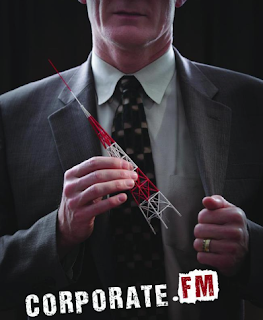 It’s taken a long time for people to be able watch the documentary Kansas City filmmaker Kevin McKinney released in 2012. But, according to Melissa Lenos at NPR's Morning Edition,  he’s at peace with that.

After all, the problems he explored in "Corporate FM" – the corporatization and consolidation of local commercial radio – still exist. And he’s OK with the fact that audiences can watch it now because it’s streaming through Amazon Prime.

Amazon might not seem like the ideal distribution choice for a filmmaker so concerned with media conglomeration, but McKinney felt compelled to embrace the wider release so that more people would have access to the information.

“I’d rather give the movie away than for high finance to continue to strangle stations,” he says. “If I help one station, this is worth it.”

McKinney’s talking about the kind of locally owned commercial music stations where humans with entertaining personalities decided which records to play and contributed to a city’s sense of place. Some of them still exist, even in Kansas City, but far fewer than communities need, McKinney's film argues.

Music lovers often blame the internet for the decline in these types of stations. After all, why would anyone listen to the potentially unpredictable radio when they can choose their own music via satellite and streaming?

But McKinney’s film argues that the real reasons are more complex and predate the invention of file-sharing sites like Napster.

After the Telecommunications Act of 1996 reduced regulation on media mergers, conglomerates such as Cumulus, Entercom, and Clear Channel (rechristened iHeartMedia in 2014) began buying locally owned radio stations all over the country. The corporations purchased the stations in a way that shifted the debt liability to the stations themselves.

The buyout practice, which McKinney and the people he interviews note was not sustainable in 2012, is the key cause of iHeartMedia’s current economic decline.


Leveraged buyouts and other economic aspects of commercial radio can be baffling until McKinney outlines the processes with helpful and entertaining line animations. The film is informative and engaging, full of interviews with local musicians, current and retired DJs and national artists such as folk singer Jewel and Flaming Lips frontman Wayne Coyne.

It also includes interviews with several popular DJs who were pushed out of work after conglomeration began. These are the types of changes McKinney notes cannot be blamed on the internet.
Posted 6:39:00 AM