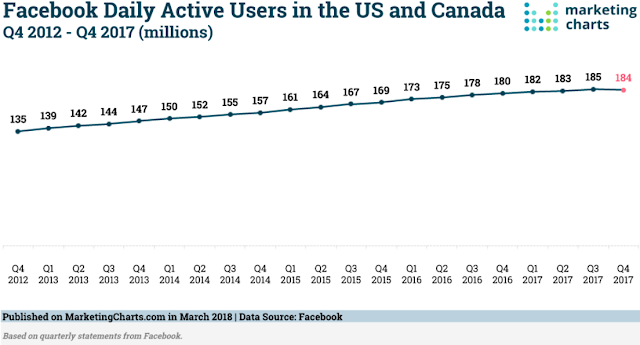 The percentage of Americans ages 12 and older who say they use Facebook has dropped to 62% this year, marking the first decline in a decade. That’s the word from Edison Research and Triton Digital who teased this result ahead of their upcoming release of the latest Infinite Dial study.

The 62% of respondents reporting ever using Facebook use is down from 67% last year, and matches the figure from 2015. The researchers note that usage is either down or flat in each age group, gender and race/ethnicity.

This comes after a report from Forrester Research just a couple of months ago that suggested that teen usage of Facebook in the US may have peaked. 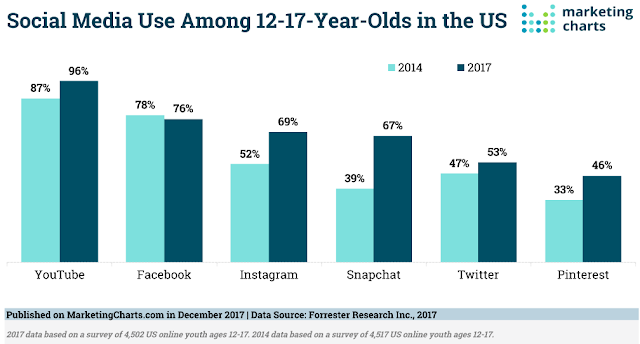 Recently, a forecast from eMarketer called for a decline in the number of Facebook users ages 12-17 and 18-24 this year for the first time. The company also predicted that not all of the 2 million Americans under the age of 24 who will abandon Facebook will migrate to Instagram. Instead, Snapchat – a darling of the youth crowd – is expected to add more users ages 12-24, and continue to outpace Instagram in that demographic, despite having fewer users overall.

A review of MarketingCharts’ own US Media Audience Demographics study confirms that Snapchat has a younger skew in its audience than Instagram. In the report, 18-24-year-olds comprised almost one-quarter (23.7%) of Snapchat’s adult (18+) audience, compared to 18.5% of Instagram’s adult audience. As for Facebook? Just 14.7% of its adult audience in the US is in the 18-24 bracket.
Posted 4:02:00 AM