Birmingham Radio: WJOX Moves The Roundtable To AM Drive 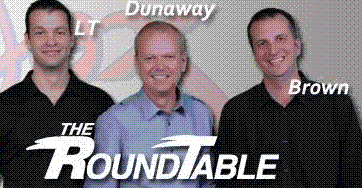 JOX Roundtable will debut in its new timeslot on Monday, March 5, 2018, and will air weekdays from 6-10am. A new midday show will make its debut on JOX 94.5 in late March.

JOX Roundtable features Co-Hosts Jim Dunaway, Lance Taylor and Ryan Brown, and delivers the hottest news and lively, engaging discussion in sports from Birmingham, the home of the Southeastern Conference. JOX Roundtable is like the conference it covers: innovative, fast, bold and not afraid to deliver the big hit. It has been a huge success with Birmingham sports fans since its debut in 2010.

David Walls, Vice President/Market Manager, Cumulus Media-Birmingham, said: “We are extremely excited and pleased to be able to put our most successful show in the mornings and introduce this fantastic program to more JOX listeners. These guys know how to win and with their work ethic and talent, we are expecting great things.”

Ryan Haney, Program Director, JOX 94.5, said: “The listener response to the JOX Roundtable has been exceptional over the years. We look forward to continuing to build upon the momentum and passion shared by both the show and its loyal fan base.”
Posted 3:40:00 AM