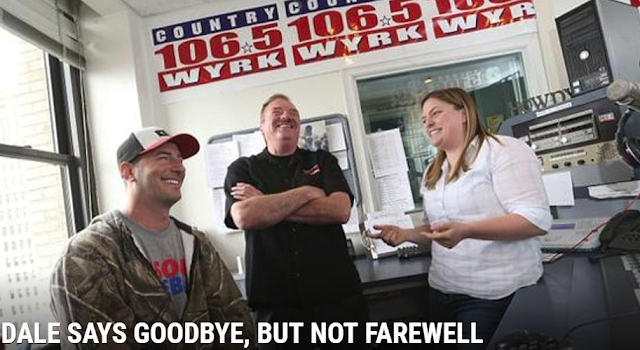 In a website posting, Mussen stated, "It was about a year ago that management asked me what my plans for the future might be and I expressed how difficult it sometimes is to wake up at 3:30 in the morning and drive to the station in the worst of weather.  Often I'm out even before the snowplows have cleared the way.

"Plus I'm stepping away because I can.  Because the two I've been working with on the show now are two of the most talented people I've ever worked with.  They obviously can handle the work load, so not much will change."

Mussen plans to return on occasion to do fill-in work and "you'll still see me at events like the Taste of County, our acoustic shows, the Erie County Fair and other summertime events, plus Bills and Sabres games."

"This is a career I chose before I was even a teenager and it's hard to just walk away.  The old saying is if you can get paid for a hobby you'll never work a day in your life.  That's been pretty much the truth for me.  When it stops being fun, that's when I'm done."
Posted 3:46:00 AM