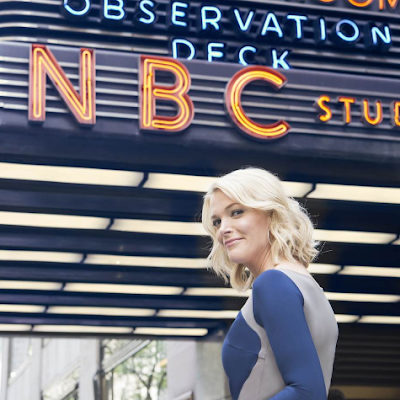 Megyn Kelly has fashioned herself as a champion of the #MeToo movement, filling her NBC talk show, “Megyn Kelly Today,” with brave women fighting injustice.

But a former colleague says it’s all an act.

“She’s disrespectful,” Iren Halperin, a Fox News makeup artist for 20 years who retired in 2016, told Page Six at The NYPost. “She’s not for women. She’s extremely mean and rude to women.”

Halperin worked with Kelly in 2009, when the latter co-anchored “America’s Newsroom With Bill Hemmer.” Halperin said that Kelly always got her makeup done at 8 a.m., but showed up 30 minutes early one day and tried to kick a female reporter out of the makeup chair.

“I told her, ‘Please have a seat in the greenroom or start your hair first,’ ” Halperin said.

Eventually, Kelly got her way.

Since “Megyn Kelly Today” launched in NBC’s 9 a.m. weekday spot in September, the former Fox anchor has been struggling to find her footing in the bubbly world of morning news. Her January Nielsen ratings in the 25-to-54-year-old demographic are nearly 30 percent lower than they were for Tamron Hall and Al Roker’s show when it was in the same time slot last year.

NBC execs are said to be growing weary of Kelly’s drama.

According to the high-ranking NBC veteran, network execs and talent question the 47-year-old Kelly’s longevity at the Peacock network.

Despite NBC shelling out $23 million annually for Kelly’s three-year contract, the network source said that “the general feeling is that she will not last three years.”