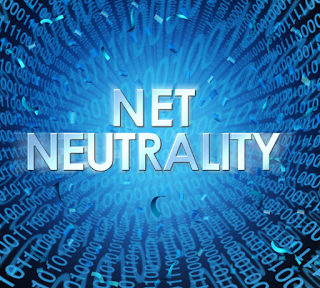 The 60-day clock started when the FCC's officially published its net neutrality repeal on Thursday.

The repeal takes effect in two months, which means that, since its start in mid-2015, "net neutrality" will have been in effect less than three years — probably the shortest-lived federal regulation in history.

Nevertheless, an Investor's Business Daily editorial says its demise is being treated as a devastating blow to everyone who relies on the internet. Fortune declared that net neutrality supporters now have "60 days to save the web as we know it."

But other developments during the week show why the hue and cry about "net neutrality" is so utterly misplaced, state IBD.

The day before that, Dish Network (DISH) told the SEC in its 10K filing that it plans to commit $1 billion to build out an ultra-high-speed 5G wireless network over the next three years.

For those who don't know, 5G wireless is about 50 times faster than the average home broadband network today. And because it's wireless, providers won't have to dig trenches and lay cable to sign up customers.

So yes, IVB concludes the internet won't be the same after Obama's net neutrality rules disappear. It will be far better.
Posted 3:12:00 AM