The programming will explore the first broadcast in 1938, its significance to the history of radio at the time, and how the WORLD NEWS ROUNDUP has evolved to remain relevant today.

CBS THIS MORNING, the CBS EVENING NEWS WITH JEFF GLOR, CBSN and CBSNews.com will all feature reports on the milestone.

“People have lots of choices for news, so achieving 80 years on the air is an incredible landmark,” said Craig Swagler, General Manager of CBS News Radio. “We are proud that millions of Americans rely on the reporting of CBS News every day. We continue to provide our affiliates and their listeners with the most accurate and relevant information they can trust. From shortwave and the Murrow Boys to smartphones and our stellar correspondents, THE WORLD NEWS ROUNDUP is still the leader setting the standard in quality journalism.”

CBS News Radio made broadcasting history on March 13, 1938 when it aired a riveting 38-minute program anchored by Robert Trout that reported the Nazi invasion of Austria. Revolutionizing news coverage, THE WORLD NEWS ROUNDUP gave listeners access to live reports from multiple correspondents on the field, including a young CBS executive making his on-air debut in Vienna that night, Edward R. Murrow.


In the decades that followed, legendary CBS journalists, including Douglas Edwards, Dallas Townsend and Christopher Glenn, anchored the program. Today, WORLD NEWS ROUNDUP (weekdays at 8:00 AM, ET) is anchored by Steve Kathan and is produced by Paul Farry. Dave Barrett anchors the late edition of the WORLD NEWS ROUNDUP (7:00 PM, ET), which is produced by James Hutton. The program is also available as a daily podcast. CBS News Radio has a weekly audience of more than 16 million listeners and is carried by more than 450 radio stations across the country.

The program was inducted into the National Radio Hall of Fame in 1995. 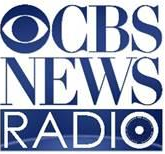 The CBS World News Roundup remains an active part of the CBS Radio Network lineup, making it America's longest running network newscast on radio or TV. The 10-minute newscast airs every morning on CBS Radio affiliates nationwide at 8 a.m. Eastern and 7 a.m. Pacific. A late edition airs at 7 p.m. Eastern time and runs for 9 minutes. Westwood One handles the distribution.

The morning edition of the World News Roundup is anchored by Steve Kathan, and produced by Paul Farry. The full show runs for 10 minutes, although many stations - including CBS Radio's own all-news stations - take only the first eight minutes. There is also a local cut-away at four minutes past the hour for the early edition (like the network's other top of the hour newscasts) and five minutes past the hour for the late edition. The late edition was hosted by Bill Whitney, and produced by Greg Armstrong. Bill Whitney left CBS in December 2016 and the late edition is now hosted by Dave Barrett. The morning program was hosted for many years by Christopher Glenn, who died in 2006 and was succeeded by Nick Young and later Steve Kathan.

The longest tenure of one anchor with the Roundup was that of Dallas Townsend, who hosted the morning broadcast for 25 years. Townsend was followed by Reid Collins and then Bill Lynch before Glenn took over. Douglas Edwards also had a long tenure anchoring the evening show in the 1970s and 80s, when it was The World Tonight. Glenn took over as nighttime anchor after Edwards retired.