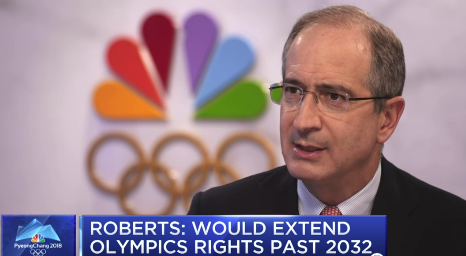 In 2011, NBC paid a total of $4.38 billion for the rights to the next four Olympics. Three years later it bought another six for $7.7 billion. At the time, the deals looked to many like a sure thing, reports CNN Money.

For years, the conventional wisdom in TV had been that even as younger viewers turned away from TV, live sports were invulnerable -- after all, the thinking went, people wanted to watch live sports, well, live.

In 2012, viewership of the London Games was up even though many viewers had already seen the results on social media. An average of 31.1 million people tuned in to watch the Games when they aired during prime time on a tape delay.

But in the past two years, even sports have fallen victim to the same trends plaguing the broader industry. First the NFL's ratings fell. Now we've seen that same drop hit consecutive Summer and Winter Games.

Viewership for the current Olympics on NBC is down 24% compared to Sochi among viewers aged 18-49, the age demographic most coveted by advertisers. (NBC notes that the demo is actually down only 15% when including viewers from both NBC and NBC Sports Network, which is airing prime time coverage of the Winter Games for the first time.)

NBC, like all networks, makes money from advertising and "retransmission" fees it charges cable providers and local stations to air its content. Networks typically know what their retransmission fees are going to be, they're essentially baked into budgets, but advertising dollars aren't guaranteed and are less secure, especially in today's changing climate.

NBC, which is owned by Comcast, said its national ad sales are actually up from Sochi from $800 million to $920 million.

The last three Games have been profitable for NBC, and the 2016 Rio Games set a record Olympic profit of $250 million. The network expects to again make money off Pyeongchang.


Comcast CEO: More Olympic content than ever before from CNBC.

Comcast Chairman and CEO Brian Roberts said in a CNBC interview that he would "absolutely" renew or extend NBC's Olympics contract.
Posted 3:17:00 AM