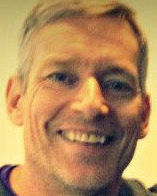 Jojo Girard, half of the popular morning duo Jojo and Reagan on Mix 106.5 FM, has been let go, he said Thursday.

Girard confirmed to The Baltimore Sun that he was told immediately after his show Thursday that his contract would not be renewed.

Girard posted on Facebook: "have joined the ranks of the unemployed at least I'm not alone."

Calls to the station's head of programming Dave Labrozzi were not immediately returned.

By mid-afternoon Thursday, references to Girard seemed wiped clean from the station's website, only mentioning Reagan, whose full name is Reagan Warfield.

Girard has worked at the station since 1994. He was originally teamed with Kenny Campbell and worked on the Jojo and Reagan show for the last six years.
Posted 5:57:00 AM