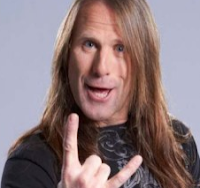 Those who were accompanied on their drive home by KBPI’s Uncle Nasty or KBCO’s Keefer will now have to find new radio companions.

FOX31 Denver reports both were among a plethora of popular Denver radio personalities dismissed by their parent company, Clear Channel Communications, on Thursday.

“We’re disappointed,” Hayden said. “But we weren’t doing it for the money.”

That likely won’t be the case for many other employees laid off across the country by Clear Channel on Thursday, a day which Uncle Nasty, whose real name is Gregg Stone, referred to as the annual “Clear Channel Firing Day.”

He says the tradition started in 2008, when the company was acquired by Bain Capitol.

“It’s more of the same,” Stone said. “Clear Channel cut backs. They axed quite a few afternoon personalities across the country today. … To tell you the truth, I thought I was pretty safe. I thought I helped their bottom line and their revenue. And, you know, I was a good face for the station.”

That doesn’t mean that Stone, who said he was offered “an insulting severance package,” isn’t abreast to the financial difficulties the terrestrial radio business is experiencing.