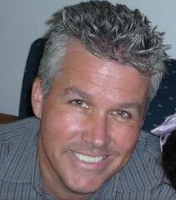 John Kincade has been hosting a Sunday morning show on ESPN Radio for many years. He was not on yesterday.

Rumors floating around the Web are that he’s considering a new gig at CBS Sports Talk Radio, possibly to do a weekend show there.

Rodney Ho at ajc.comreports this is on top of his local gig at 680/the Fan, where he’s heard weekdays with Buck Belue from noon to 3 p.m.

David Dickey, who is Kincade’s boss at the Fan, declined to comment. Ditto with Kincade’s agent Norm Shrutt.

It would make some sense for Kincade to move given the Fan’s new affiliation with CBS Sports Talk and ESPN’s move to 790/The Zone.