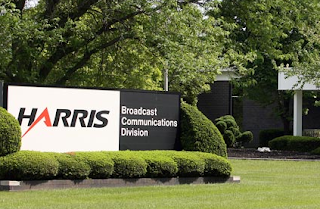 Harris Corp. announced Thursday that it had reached an agreement to sell its broadcast communications division for $225 million to The Gores Group LLC, a Los Angeles-based investment firm.

"It's very encouraging that BCD is being encompassed into the Gores Group, which brings a lot of good investment and technology know-how," said Chris Parsons, global vice president of operations and supply chain for Harris Corp. "It's positive for the BCD and all of our communities that work within the BCD."

Harris' broadcast communications division employs about 1,700 people. According to a news release from Harris, the sale price includes $160 million in cash at closing, a $15 million subordinated promissory note and an earn-out of up to $50 million based on future performance.

The transaction is subject to regulatory review and closing conditions. Parsons said it will take between 45 and 60 days for the sale to be finalized.

"In Harris Broadcast Communications, we are investing in a proven technology leader with great products and a great team," said Ryan Wald, managing director of the Gores Group, in a news release. "We are excited to provide the capital and support to transition this division to a strong and independent company, further enabling it to continue developing and delivering market-leading technologies to its customers."

Harris announced in May that it planned to sell off its broadcast division. Quincy's plant involves manufacturing for transmission and other devices. In November, Harris confirmed that "about a dozen" salaried employees had been laid off in the wake of a quarterly loss for the company.