WaPo Scooped About Its Own Web Paywall 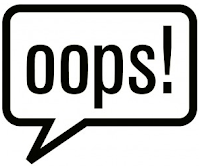 The Washington Post will probably start charging online readers for access to newspaper articles in the middle of next year, a person familiar with the plans said.

Long reluctant to charge for online content, the newspaper is close to a decision to introduce digital subscriptions and charge online readers once they surpass a certain number of articles or multimedia features a month, the person said. Access to the home page and section fronts would not be limited.

The model — known as a metered paywall — would be similar to that used by the New York Times, which started charging for online content in March 2011 and now has nearly 600,000 digital subscribers. The Wall Street Journal and Financial Times have similar models.

Home subscribers to the print edition would have unfettered access to The Post’s Web site and other digital products.

The news was reported Thursday on the Wall Street Journal’sWeb site, which also said that The Post would raise the price of the paper sold in newsstands. That price has increased from 25 cents to $1 over the past several years.

Post company executives have long believed that the newspaper needed to build a larger core audience of people who are frequent users of the Web site and therefore the most likely to subscribe. And they hoped that a large online audience would bring in more online advertising.