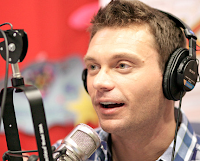 Ryan Seacrest has bought a controlling stake in the Civic Entertainment Group, a 12-year-old marketing agency that has helped to create events like the CNN Grill and NBC’s Education Nation.

According to Brian Stetler at nytimes.com, the acquisition reflects Seacrest’s plan to build a diversified media company on the back of his many day jobs, which include hosting Fox’s “American Idol” and radio shows for Clear Channel.

In a telephone interview, he said of the acquisition, “Part of my overall goal in the business is to connect content, brands and consumers. I think that this is a great opportunity to do that.”

Seacrest already has his own marketing deals. One with Ford Motor resulted in a campaign this year called “Random Acts of Fusion.” Mr. Seacrest is the M.C. for the campaign, appearing in online videos, commercials and Twitter messages.

Seacrest said he saw more such partnerships on the horizon.