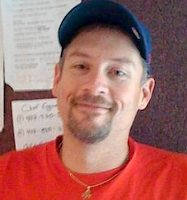 Colin G. Brady would sacrifice almost anything of himself to help make a radio show fun for his listeners.

An Orlando Sentinel profile notes for most of his life, Brady struggled with his weight. That was fair game for on-the-air jokes. He sometimes struggled in his two marriages: fair game. His voice, a little too high, a little too "not radio": fair game. His eating habits, such as the way he pulled pizza apart one bite at a time; his quirks and his obsessions, such as the day he drove up and down Interstate 4 on his motorcycle looking for a lost cellphone: all fair game.

Listeners to various talk-radio shows that Brady produced and hosted in and loved him for it, said radio personality Shannon Burke, who worked with Brady in and on the Internet Shannon Burke Show on RadioIO.com.

What many of those listeners might not have realized was that the butt of those jokes also was a serious, savvy radio producer who did extensive research to keep his conversations topical and humorous, and who worked ambitiously to secure top guests, such as then-U.S. Secretary of Defense Donald Rumsfeld, Burke said.

Brady, 43, died Wednesday of cardiovascular disease, according to his wife, Sherry Brady.