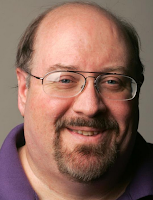 WNIR 100.1-FM, Akro, OH  has named Jim Isabella as the replacement for the late Tom Erickson in its evening lineup.

Isabella is a veteran broadcaster, notes Rich Heldenfels of The Akron Beacon-Journal . His show officially launched Thursday night; it airs 7-11 p.m. Monday through Friday and 4-7 p.m. on Saturdays.
Erickson died on Nov. 3 after a long struggle with illness.

Isabella, a substitute host on the station for the last two years, saw his work increase during the many months Erickson was off the air. “From that exposure WNIR’s audience became much more familiar with Jim’s talents,” said a station announcement, and Isabella generated positive feedback that led to the full-time job.
Posted 3:07:00 AM