"Dr. Bruce Nelson", as he was known on the radio, died peacefully in his sleep early Sunday morning, according to his wife Sandra Stratton.  Cause of death was throat cancer.

97.5 KFTX Real Country's Austin Daniels confirmed the news to KRIS-TV6, saying that the country music legend was at his Corpus Christi home when he died.R.I.

During the sixties and seventies, Bruce was an air personality and programmer of legendary and influential Country stations including WPLO, Atlanta; WUBE, Cincinnati; WMIL, Milwaukee; KENR, Houston; KNUZ; Houston. While at KENR in 1973, he was part of the team that took a Country station to the number one position in a major market for the first time. Dr. Bruce was Gavin Music Director of the Year in 1974 and holds more than fifty record company awards for helping break the careers of Mickey Gilley, Freddie Fender, Johnny Lee and Gene Watson. 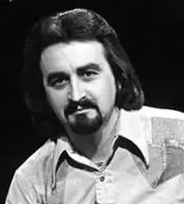 A sometimes recording artist he charted nationally in 1973 with "Shake Em Up and let Em Roll" on Royal American and was the opening act at Gilley's for Mickey Gilley and Johnny Lee where he also originated the first live broadcast over KENR in Houston from Gilley's (The Saturday Night Special) which later evolved into the syndicated "Live at Gilley's during the Urban Cowboy heydays.

Before retiring in 2010, he is the morning air personality on "Real Country Radio" KFTX-FM in Corpus Christi, where he also served as General Manager. He was inducted into the Country Music Association of Texas Hall of Fame in 1999.
Posted 3:00:00 AM