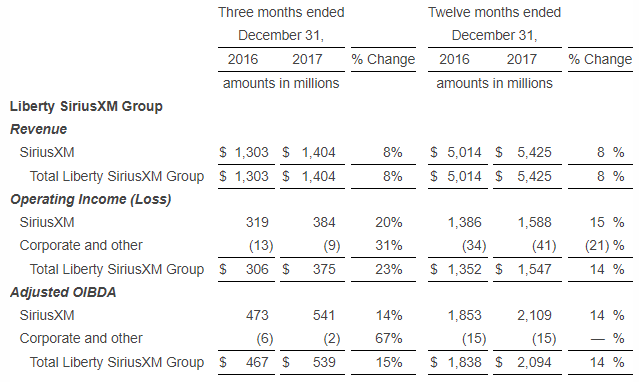 “SiriusXM delivered another outstanding year of results and continues to innovate with the launch of 360L. When Liberty completed its purchase of F1 last January, we knew the business would require investment to achieve its full potential. Chase Carey and team made great progress on their strategic goals and we look forward to more in 2018,” said Greg Maffei, Liberty Media President and CEO. “The Atlanta Braves increased revenue in 2017 by an astounding 47%, demonstrating the appeal of the new SunTrust Park and Battery Atlanta.”
Posted 4:21:00 AM