Streamers Under Pressure To Drop NRA-TV 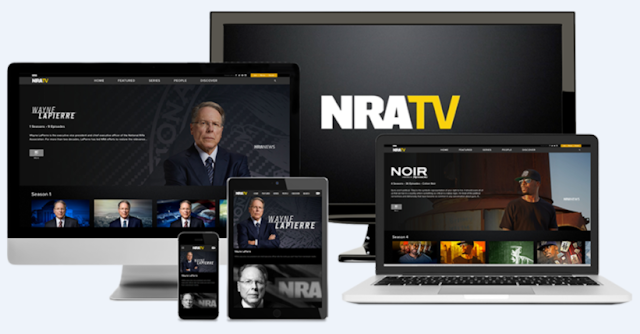 Amazon, Apple, Google and Roku are under pressure to end streaming of the National Rifle Association's NRAtv following the Parkland, Fla. school shooting that killed 17.

Amazon Fire is one of the most popular devices that allow people to watch Internet-streaming broadcasts through their television sets. Other video streaming products, including Google’s Chromecast, Apple TV, and Roku, were also under pressure to remove NRAtv from their services.

NRAtv features 36 channels which covering topics such as politics, hunting and gun collecting. Some of the most popular are talk show-like formats.

A story on Wednesday in the New York Times highlighted the ways in which it has become a forum for extremely strident pro-gun messages. Over the past several days the site has features commentators saying the media loves gun massacres because they offer a ratings boost and pushing for teachers to be armed.

A petition launched on Friday calling for Amazon to end its relationship with NRAtv quickly gathered over 35,000 signatures by Saturday. One of the petition’s launchers was Daniel Reed, the father of a Marjory Stoneman Douglas High School student who survived the shooting.

On Twitter, the hashtag #BoycottNRA and #StopNRAmazon began trending on Thursday.

Amazon, Apple and Google did not immediately respond to requests for comment.