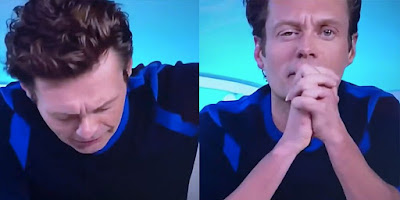 Eagled-eyed fans suggested that Seacrest suffered a medical emergency while hosting Sunday's "American Idol" finale from his Los Angeles home after the veteran host slurred his words and his left eye appeared to bulge late in the broadcast.

USAToday reports viewers expressed their worries on Twitter and speculated that Seacrest suffered a stroke on live television. His absence from Monday's episode of "Live with Kelly and Ryan" only added to fans' concerns.
Seacrest’s representative, however, eased everyone's concerns by providing a health update.

"Ryan did not have any kind of stroke last night," his rep said in a statement provided to CNN and People. "Like many people right now, Ryan is adjusting to the new normal and finding work-home balance, with the added stress of having to put on live shows from home."

As for missing work on Monday? "He took a well-deserved day off," the statement added.

"Between 'Live with Kelly and Ryan,' 'American Idol,' 'On Air with Ryan Seacrest,' and the Disney Family Singalong specials, he has been juggling three to four on-air jobs over the last few weeks and he’s in need of rest," the statement said.

Seacrest has served as the host of "American Idol" since the show debuted in 2002. The entertainment titan started his daily morning radio show, "On Air With Ryan Seacrest" in 2004 and began co-hosting "Live with Kelly and Ryan" with Kelly Ripa in 2017.

More than 795,000 Americans each year suffer a stroke. About 140,000 people die each year from stroke, the nation's fifth leading cause of death, according to the Centers for Disease Control and Prevention.

Common signs of a stoke include sudden trouble seeing in one or both eyes, trouble speaking and lack of coordination, the federal agency explains.
Posted 1:12:00 AM