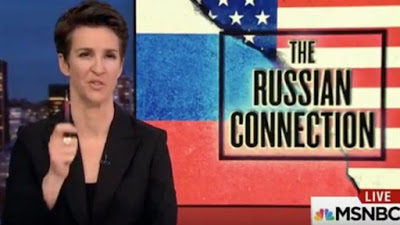 An attorney for Rachel Maddow asked a San Diego judge on Tuesday to throw out a defamation suit brought by One America News, the conservative network frequently cited by President Donald Trump, Variety reports.

Herring Networks, the corporate parent of OAN, filed the suit last September, alleging that Maddow defamed them when she said the network “really literally is paid Russian propaganda.”

Maddow was referring to a July 22, 2019, report in the Daily Beast, which revealed that an OAN contributor was also on the payroll of Sputnik, the Kremlin-owned news site. OAN says that Maddow’s claim was false, inasmuch as OAN is not paid by the Russian government.

Attorneys for NBC, Comcast and Maddow are seeking to strike the complaint under the California anti-SLAPP statute. On Tuesday, attorney Theodore Boutrous urged Judge Cynthia Bashant to take the statement in its full context.

Boutrous argued that Maddow was giving her opinion based on the undisputed facts in the Daily Beast article, and that therefore her remarks are protected under the First Amendment.

Amnon Siegel, arguing for Herring Networks, argued that the interpretation of Maddow’s remark should be left up to a jury. He also stressed that Maddow used the words “really” and “literally” in order to convey a fact, rather than an opinion.

The judge said she would issue a ruling at a later date.
Posted 1:19:00 AM