Stockholder rights plans, also known as "poison pills," have made a comeback amid the novel coronavirus pandemic as companies devise defenses against hostile takeover attempts from investors looking to take advantage of weakened stock prices.

According to The Hollywood Reporter, iHeartMedia unveiled one on May 6, joining other companies in the broader entertainment space such as theme park operator Six Flags Entertainment and in-flight entertainment provider Global Eagle Entertainment.

"Poison pills" are a defensive measure that gives existing shareholders the right to buy added stock at a discount, making a takeover attempt more expensive and difficult. The stock trading volatility that has come with the pandemic has been seen as a potential breeding ground for hostile takeover attempts when a stock is hit hard.

"Many lawyers and other outside advisers are advising boards, particularly in the U.S. but in other markets also, to consider adopting poison pills or other defensive measures to protect against any threat of opportunistic bidders in the wake of recent stock price shocks," shareholder advisory firm ISS noted in an April 8 report. 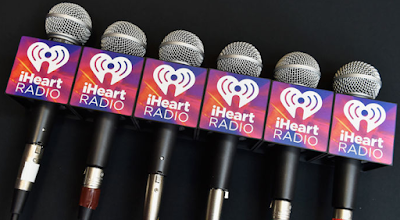 iHeartMedia chairman and CEO Bob Pittman and president, COO and CFO Rich Bressler on a May 7 earnings conference call didn't get any analyst questions about the poison pill. But Bressler said: "Our board of directors adopted a short-term stockholder rights plan in order to protect the best interest of all iHeartMedia stockholders during the current period of high equity market volatility and price disruption." He also emphasized: "The rights plan is similar to rights plans adopted by other publicly-traded companies."

Importantly, it has a duration of just less than one year, expiring on May 5, 2021. And it kicks in when, in a transaction not approved by the iHeartMedia board, "a person or group acquires beneficial ownership of 10 percent or more of the company’s Class A common stock (or 20 percent in the case of certain passive investors)."

John Malone and his Liberty companies, known for being ready to jump in with deal offers for struggling companies in need of a line life, have been mentioned by some analysts as possible buyers in a volatile market affected by the pandemic. The company, for example, first got a stake in audio entertainment giant SiriusXM in 2009 when it made an investment that saved the latter from bankruptcy. Noted one media investor: "I'd keep an eye on Malone" as a potential white knight or investor in any businesses hit by the virus crisis.
Posted 1:59:00 AM