Pew: Americans Who Rely Most TWH Likely to Downplay Pandemic 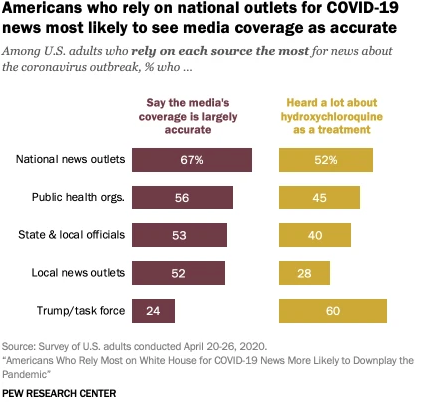 As the COVID-19 crisis continues to command Americans' attention, views of the media's performance and details about what people have seen or heard differ substantially depending on which sources they rely on most for news and information about the pandemic.

Among five groups of news consumers examined, Americans who rely most on President Donald Trump and the White House coronavirus task force for news about COVID-19 clearly stand out, according to a new analysis from Pew Research Center's American News Pathways project. 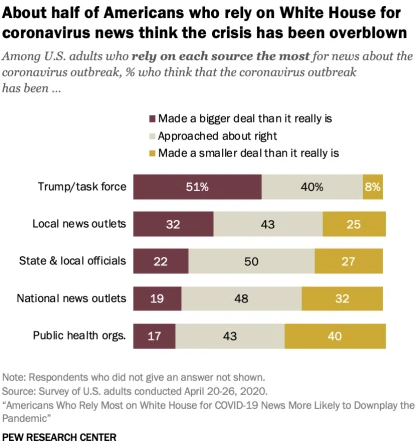 Among the key findings:
The new analysis stems from a survey conducted April 20-26, 2020, among 10,139 U.S. adults who are members of the Center's American Trends Panel.