NBCUniversal Sued For $3B 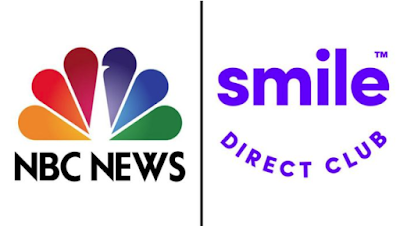 The Wall Street Journal reports the suit, filed Monday in a Tennessee court, focuses on a Feb. 13 “NBC Nightly News” segment that described complaints by some SmileDirectClub customers and warnings about teledentistry from an orthodontics professor. The lawsuit also says that an online article accompanying the segment is inaccurate.

SmileDirectClub’s complaint claims that the reports from NBC News contained numerous errors involving the safety and effectiveness of its products, and that the network knew its stories about SmileDirectClub were untruthful. 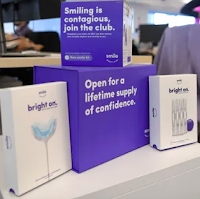 “NBC must be held accountable for its abuse of power and betrayal of trust,” SmileDirectClub said in its lawsuit. “Viewers and readers across the country turn to the media for the information they need to make decisions about their health and well-being.”

NBC News said, “We stand by our reporting and believe this is a meritless claim.”

SmileDirectClub, a Nashville-based company with hundreds of retail locations around the world, sells clear aligners meant to straighten patients’ teeth without requiring frequent visits to orthodontists’ offices. Patients use those aligners at home and check in with dentists and orthodontists affiliated with SmileDirectClub, using the company’s online platform. The company also says the affiliated providers can refer patients to in-person dental and orthodontic care.

The stories at issue contain testimonials from SmileDirectClub patients who complained of pain after receiving treatment by the company. In one instance, NBC News reported, a patient said that her orthodontist diagnosed her with a crossbite “possibly caused by” SmileDirectClub’s dental aligners. In another case, a patient said that his dentist claimed the aligners “moved his teeth so fast that it caused some of them to detach from the bone,” according to NBC News’ reports.

SmileDirectClub said in the suit, which is seeking $2.85 billion in damages, that the patients fabricated claims that the company’s treatment caused them physical problems to “retaliate against [SmileDirectClub].”
Posted 1:22:00 AM