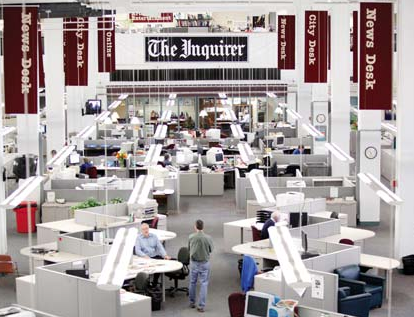 The NewsGuild-CWA, the largest union for journalists in North America, on Monday launched a new advocacy campaign to compel Congress to assist local news organizations financially strained by the coronavirus outbreak.

The Hill reports the union, which represents more than 24,000 journalists and other communications professionals, said in a press release that the "Save The News" campaign will push for local news outlets to be included in future federal recovery efforts.

Specifically, the group is urging Congress to direct grants to employees of news outlets and to ensure that all local publishers are included in the Small Business Administration’s Paycheck Protection Program (PPP), including those that are members of larger news companies.

“I am humbled to see so many members of our industry unite under one cause: protecting local journalism,” NewsGuild President Jon Schleuss said. “Americans need access to information about their local communities more than ever, and yet layoffs and furloughs are only increasing as this pandemic continues. Congress needs to act to save the news before it’s too late.”

The efforts will include a six-figure digital ad campaign, lobbying on Capitol Hill and a website where laid off and furloughed journalists will portray the industry's struggles, the Daily Beast first reported. The ad campaign is being funded by a grant from the parent union, Communications Workers for America.

In its announcement, NewsGuild pointed to the continued struggles that the journalism industry has experienced over time as they see critical ad revenue siphoned away by tech platforms like Facebook and Google. Those struggles were exacerbated by the coronavirus outbreak, as scores of businesses closed and pulled back advertising spending.
Posted 1:54:00 AM