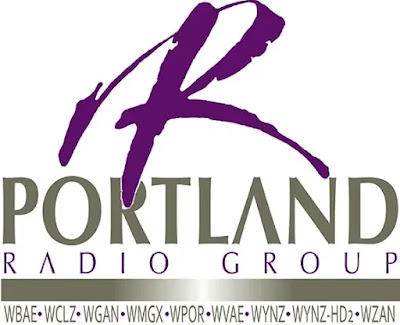 Longtime Portland radio personality Randi Kirshbaum said she was fired Monday for refusing to return to her office, despite her doctor’s explanation of the danger COVID-19 poses to her health.

The Press-Herald reports Portland Radio Groups says Kirshbaum was laid off because she didn’t meet the terms of an agreement made when she began working from home six weeks ago.

Kirshbaum, who had been on Portland’s airwaves for 38 years, was working for the Portland Radio Group as program manager for WCLZ 98.9 FM and WMGX Coast 93.1, and was on-air host for WCLZ and country station WPOR 101.9 FM.

She said she was fired during an online meeting with officials from Michigan-based Saga Communications, Portland Radio Group’s parent company.

Kirshbaum said she had been working remotely from her Scarborough home for the past six weeks, doing her shows from there and managing other station staff. Kirshbaum requested to work remotely at the recommendation of her physician, Dr. Allyson Howe, because of Kirshbaum’s risk of contracting pulmonary fibrosis. That disease causes serious lung damage and can be triggered by respiratory ailments like COVID-19, Kirshbaum said her doctor told Saga. Kirshbaum said her mother died of the lung disease.

“They decided for some inexplicable reason that I needed to come back, even though I’ve been able to do everything I need to do from home,” said Kirshbaum. “It was shocking, because this (pandemic) is a fluid situation. Two weeks from now, it could all be different.”

Chris Forgy, senior vice president of operations for Saga, said Monday that Kirshbaum was let go because she did not follow the terms she agreed to for working remotely. Forgy said when Kirshbaum started working remotely she had agreed that her situation would be assessed every two weeks to see if the arrangement was working, and that “it would be Saga’s decision” as to when Kirshbaum should come back to work. He said she was asked to come back to work Monday, as other company workers were returning to the South Portland office as well.

Kirshbaum is at least the third Portland Radio Group personality to be fired in recent months. Nws/Talk WGAN weekend host John McDonald was fired in April after taking some time off from his show partly because of his concerns about coming into the station during the pandemic. Ken Altshuler, who was co-host of WGAN’s weekday morning news and talk show, was fired March 27 after some 18 years. Altshuler said he was told his dismissal was part of “some financial restructuring” at the AM station.
Posted 2:15:00 AM