Why The Joe Rogan, Spotify Deal Is A Game Changer 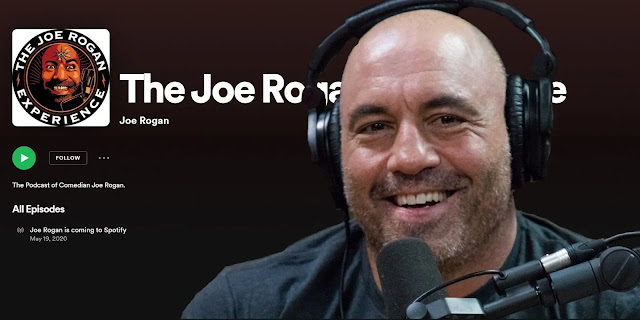 Spotify Technology made a mic-dropping announcement on Tuesday, signing a multiyear licensing deal with top podcaster Joe Rogan that will run exclusively on its platform.

No single personality has the reach and influence of Rogan. His show regularly tops the charts of the most-popular podcasts each week, and he reportedly made $30 million on the medium last year. Podcast Insights ranks it as the second-most popular podcast available, based on Apple podcasting data. Rogan said last year that the podcast gets downloaded 190 million times a month

Barron's reports the terms of the deal, including the length and value of the contract, were not released. The Joe Rogan Experience will go live on Spotify in September and will become exclusive to the platform later in the year.

The fact that the deal is exclusive makes it a game-changer, akin to Howard Stern’s move from free radio to Sirius XM Holdings in 2006.

Up until now, nearly all podcasts have been available on multiple platforms, meaning that listeners had no particular incentive to choose one platform over another. It is a bit like free radio in that respect. If podcast platforms own the content, that makes them more like Netflix.

Whether the move is profitable, however, depends on how much the company is paying Rogan and how much it can make from new subscribers and ads. For now, podcasting is not a very large industry as compared with other kinds of media. In the U.S., it brought in about $479 million worth of ad dollars in 2018, according to the latest report from IAB and PwC says. The 2019 report has not been released yet.

Spotify said earlier this year that it was “now seeing clear indications that podcast usage is driving increased overall engagement and retention.”

For people who like podcasts, the news is worrisome. The days of free listening across platforms may be over.
Posted 10:00:00 AM