As many states have begun to reopen their economies and many more are making plans to do so, Americans are reporting improvements in their emotional health. Although the coronavirus crisis persists, less than half of U.S. adults (47%) now say they worried a lot of the previous day -- down from 59% in late March/early April, when Gallup recorded an unprecedented increase in self-reported worry.

In addition to the 12-percentage-point drop in worry, boredom has dipped five points, to 41%, and happiness has edged up five points, to 72%. Loneliness has held steady, with about a quarter of Americans continuing to say they experienced it "during a lot of the day yesterday."

These findings are from an online, probability-based Gallup Panel survey that has tracked Americans' emotional wellbeing during the coronavirus pandemic since March 23. The latest data are from interviews conducted April 27-May 10, as a number of states started lifting stay-at-home orders and business restrictions. Yet, even as many Americans have begun to ease up on social distancing, they still have reservations about how to proceed and will do so only under certain circumstances. 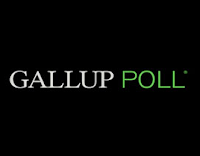 Just as Americans' views of many aspects of the COVID-19 situation differ by demographic subgroup, so too do their emotions during this unprecedented crisis. In particular, the greatest differences in emotions are seen by household income, party identification, marital status and gender.
The pandemic has taken an emotional toll on the public, as self-reported worry soared during the first month of restrictions put in place to limit the spread of COVID-19. In recent weeks, however, Americans have experienced less negative emotions and have reported an increase in happiness.

Although much of the country is now taking steps to embark on a path to some kind of normalcy, more than 80,000 Americans have lost their lives as a result of the disease, and COVID-19 cases are still on the rise in a handful of states. The trajectory of Americans' emotional wellbeing may depend greatly on what happens with the disease as restrictions are eased.
Posted 1:08:00 AM