The pipe bomb and white powder that forced an evacuation at CNN headquarters in New York City Wednesday morning were harmless, a law enforcement source told the Associated Press. 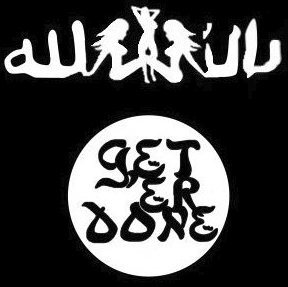 The NYPD said the explosive devices were live during a Wednesday afternoon press conference but subsequent reporting suggests they were not functional.

According to NBC News, an image on the explosive device sent to former CIA Director John Brennan on Tuesday appears to be a parody of an ISIS flag taken from a meme that has been circulating on right-wing corners of the internet since 2014.

The print-out appears to show a parody flag that replaces Arabic characters with the silhouette of three women in high heels, and a middle inscription reading “Get ‘Er Done” — which is the catchphrase of standup comedian Larry the Cable Guy.

A senior law enforcement official said that the image contained on the Brennan device that appears to be an ISIS flag is in fact a mocking parody of it. The official confirmed that the words “Get Er Done” were on the device.

The “Get ‘Er Done” flag was originally created in 2014 by the right-wing parody site World News Bureau, for an article titled “ISIS Vows Retribution For Counterfeit Flags.” It has since been shared as a meme on right-wing websites and forums.
Posted 3:54:00 AM