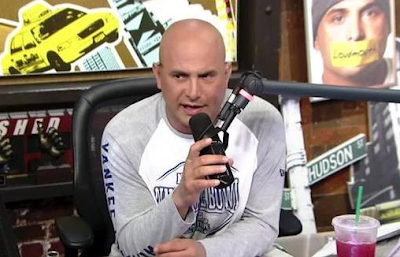 Former WFAN sports-talk celebrity Craig Carton will have one highly placed fan in the courtroom when his trial for running a ticket resale Ponzi scheme begins Monday in Manhattan federal court.

According to Newsday, U.S. District Judge Colleen McMahon, the Manhattan court’s chief judge who will preside at the trial, revealed near the end of the final pretrial hearing on Thursday that she’s more than a little familiar with Carton’s on-air personality.

“I, by the way, am a WFAN listener,” McMahon told the lawyers during a discussion of how many jurors are likely to be familiar with Carton’s longtime radio home. “I have listened to Mr. Carton for years.”

Carton, 48, the longtime co-host of a morning talk show on WFAN with former NFL star Boomer Esiason, was indicted last year on charges that he used false statements to raised $4 million from investors to buy tickets for resale at a profit and then diverted the money.

Reacting to McMahon’s remark outside court, Carton said, “I didn’t know that. I always assume everyone’s a listener… I hope she enjoyed it.”

Carton has loudly maintained his innocence, and claims that he was misled by an alleged co-conspirator, Joseph Meli, who is now imprisoned on separate Ponzi scheme charges.
Posted 3:43:00 AM