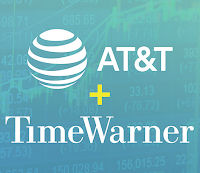 AT&T beat revenue expectations for the third quarter of 2018, while falling short on profits, with the telco touting the addition of WarnerMedia as driving top-line growth.

For Q3, WarnerMedia — the former Time Warner — posted revenue of $8.2 billion, up 6.5% year over year. Sales were up across the board: Turner boosted revenue 3.9% to $3.0 billion on subscription, content and other revenue growth; HBO was up 2.4% to $1.6 billion, with subscription revenue climbing 7%. And Warner Bros. revenue was up 7.5% to $3.7 billion on increased television licensing revenues.

AT&T’s wireless service revenue of $14.0 billion was up 2.3% year-over-year on a comparable basis, with the company netting 3.4 million wireless net connections overall.

“I’m pleased with the progress we made on a number of fronts in the third quarter,” Randall Stephenson, AT&T chairman and CEO, said in prepared remarks. He noted that the telco’s acquisition of WarnerMedia “was immediately accretive in its first full quarter,” contributing 5 cents to earnings per share.

However, AT&T’s pay-TV business continued to slide, according to Variety.  The company reported a 346,000 net decline in traditional DirecTV satellite and AT&T Uverse video customers — while gaining 49,000 customers for the DirecTV Now internet-TV product. DirecTV Now currently has 1.9 million customers and the company is focusing on “improving profitability” and will begin beta-testing a new streaming-video device.