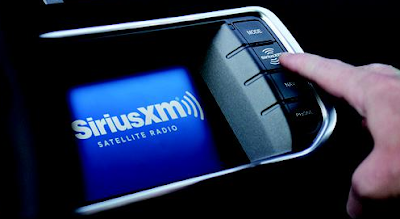 SiriusXM today announced third quarter 2018 operating and financial results, including revenue of $1.5 billion, an increase of 6% versus the prior year period.

The Company reports:
"SiriusXM's standout third quarter saw continued strength in subscriber additions and churn performance while adjusted EBITDA reached a quarterly record-high $589 million. Our revenue growth, adjusted for the change in generally accepted accounting principles that was effective January 1st, totaled 8% in the quarter. In addition to our operational excellence, we were thrilled this quarter to announce an agreement to acquire Pandora Media, which we expect to close in the first quarter of 2019. With the end of the year in sight, we are increasing our full-year guidance for self-pay net additions, revenue and adjusted EBITDA," said Jim Meyer, Chief Executive Officer, SiriusXM.

"We have a relentless focus on creating and curating content our subscribers will love — our limited-run Dave Matthews Band Radio was a perfect example. We also presented fiery live performances just for subscribers, like our recent show by The Killers in New York. We've added provocative talent in talk and sports, with a daily show from CNN's Chris Cuomo, a new show from Hall of Famer Reggie Jackson, the return of Brett Favre's popular show, and a new program highlighting women in sports hosted by journalist Christine Brennan and retired tennis pro Rennae Stubbs," added Meyer.

On September 24, 2018, Sirius XM Holdings Inc. (SIRI) announced it had signed an agreement to acquire Pandora Media in an all-stock transaction. The required notification and report under the Hart-Scott-Rodino Antitrust Act was filed on Thursday, October 18, 2018, the "go shop" period under the merger agreement expired this morning at 12:01 a.m., and the Company continues to expect the transaction to close in the first quarter of 2019. The combination will create the world's largest audio entertainment company, with more than $7 billion in expected pro-forma revenue in 2018 and strong, long-term growth opportunities.

"We have tremendous respect for Pandora and their team for building a massively popular consumer offering, and we believe there are significant opportunities to create value for both companies' stockholders by combining our complementary businesses. The addition of Pandora will diversify SiriusXM's revenue streams with the U.S.'s largest digital ad-supported audio offering, broaden our technical capabilities, and represents an exciting next step to expand our reach out of the car even further," said Jim Meyer, Chief Executive Officer, SiriusXM.
Posted 7:13:00 AM