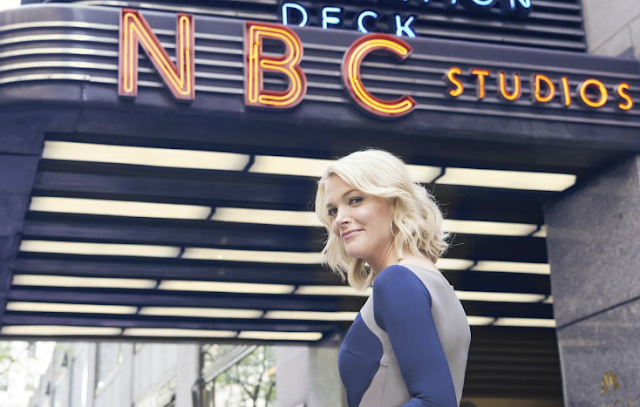 NBC News is expected to pull the plug on Megyn Kelly’s morning show, and the TV anchor’s future with the network is in doubt, reports The Wall Street Journal citing people familiar with the matter.

Kelly has been under fire for remarks she made on the Tuesday edition of “Megyn Kelly Today” in which she questioned why using “blackface” for a Halloween costume was necessarily racist or insensitive.

There was an immediate backlash to Kelly’s remarks both from within and outside NBC. Some black NBC News talent were critical of her comments and Kelly apologized later Tuesday and again during Wednesday’s broadcast. NBC News extensively covered the controversy during both Tuesday evening’s “Nightly News” and Wednesday morning’s “Today” programs.

The story didn’t end there, however. NBC News Chairman Andy Lack chided Ms. Kelly on Wednesday during a “town hall” meeting of staffers.

Lack told staffers, “I condemn those remarks,” adding “there is no place on our air or in this workplace for them,” according to a person at the meeting. He said the network “will sort through this with Megyn.”

Kelly’s show, which airs in the 9 a.m. hour, is likely to end in the imminent future, a person close to the situation said. No more live episodes of Ms. Kelly’s show are expected to air this week, and a replacement could be on the air by Monday.

Kelly, who was wooed away from her prime-time perch at Fox News in 2017 with a three-year deal valued at $69 million, hasn’t delivered the ratings the network wanted. A Sunday evening magazine show hosted by her was short-lived and “Megyn Kelly Today” has a much smaller audience than the 9 a.m. hour of “Today” hosted by Al Roker and Tamron Hall did.

About a month ago, Ms. Kelly approached Mr. Lack about possibly finding a new role at NBC News. When she originally came to NBC and took the morning show, she indicated she felt she was done with politics and was looking to do more lifestyle reporting.

Meanwhile, Kelly and power Hollywood agency CAA have parted ways, sources confirmed to Page Six. CAA has repped Kelly since 2015 when she was still at Fox News before her jump last year to NBC News.

An NBC insider told us that Kelly was switching agencies because of perceived “conflicts with her old agency, CAA, and NBC management.”
Posted 3:36:00 AM