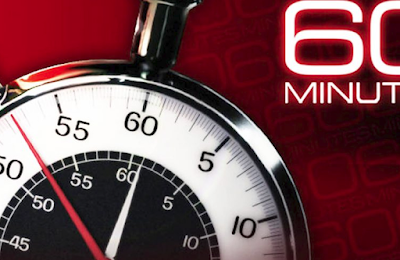 Some correspondents at CBS’ “60 Minutes” are apoplectic over the idea that Susan Zirinsky — the longtime boss of the network’s crime-focused “48 Hours” news show — could soon be their boss.

The NYPost reported on Friday that 66-year-old Zirinsky had become the front-runner to succeed longtime “60 Minutes” executive producer Jeff Fager, who left the award-winning show last month amid accusations of inappropriate conduct and sexual harassment.

In response, top correspondents at “60 Minutes” over the weekend called members of CBS’ board to complain — with some threatening to resign if Zirinsky got the top job.

While the identity of the miffed correspondents couldn’t be learned, one source noted that at least one was “approaching retirement age” and might have less to lose by threatening resignation.

Zirinsky has lately been in a neck-and-neck race with Fager’s longtime No. 2 exec, Bill Owens, according to sources close to the situation. But last week, insiders say CBS brass began leaning toward Zirinsky.

After the explosive allegations of sexual misconduct that toppled CBS boss Les Moonves last month, the CBS board has been searching for ways to signal that the network is making bold moves to change the company’s image as a boys club, insiders said.

Indeed, the appointment of Zirinsky as executive producer of “60 Minutes” — the first female and only the third to lead the 50-year-old series — could mark a wider succession plan at the show.

A source told The Post that “60 Minutes” senior producer Tanya Simon, the 47-year-old daughter of the late “60 Minutes” correspondent Bob Simon, could be named Zirinsky’s No. 2 and eventually succeed her.

Since Fager’s departure, employees have been filing into the offices of CBS News president David Rhodes and EVP Ingrid Ciprian-Matthews, pleading that they promote Owens and ditch Zirinsky, according to sources.

“The major correspondents want Owens,” a source said.
Posted 4:02:00 AM