Murdoch May Buy Back RSNs From Disney 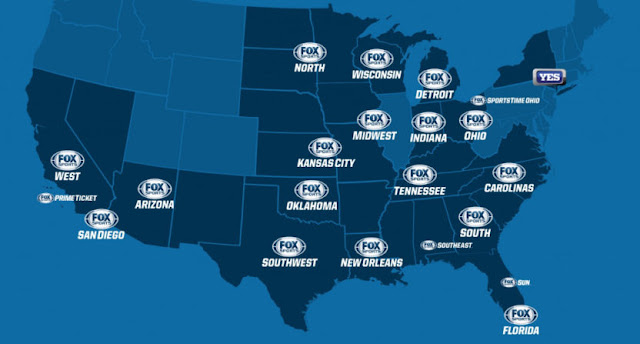 The front-runner to buy 22 regional sports TV networks from Disney is the same company that sold them in the first place.

“New Fox,” the company that will remain after Rupert Murdoch sells $71.3 billion worth of 21st Century Fox assets to Disney, is the leading contender to buy back the RSNs it “sold” to Disney as part of the larger transaction, according to people familiar with the matter. Those networks broadcast the games of 44 professional teams from Major League Baseball, the National Basketball Association and the National Hockey League

According to CNBC, formal offers haven’t come in yet. As Sports Business Daily reported, Disney only recently sent out its bid book to prospective buyers. News that Fox was considering buying back the channels was previously reported by The Information.

But people familiar with the process, who asked not to be named because the negotiations are private, say New Fox is the most serious buyer for all the networks. That’s a cleaner outcome for Disney than selling the networks piecemeal, which would bring in smaller buyers and private equity firms.


Disney is a motivated seller because it can’t get its larger deal for Fox done without divesting the networks. The Department of Justice forced Disney, which owns ESPN, to sell the networks to alleviate concerns about too much sports programming power in the hands of one company. In fact, the networks might never even change hands, depending on when Disney’s larger deal of Fox closes.

Winning back the sports networks would be a coup for Rupert Murdoch, who could get the RSNs at a lower price than the value at which he sold them to Disney — a price that was driven up nearly $20 billion by Comcast’s rival bid for the bundle of Fox assets. There may also be beneficial tax benefits to Murdoch, related to tax-deductible amortization, one of the people said.
Posted 5:19:00 AM