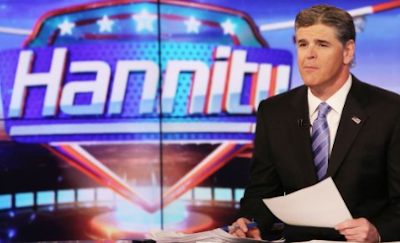 Fox News host Sean Hannity said he would like to sue an NBC News reporter who linked incendiary rhetoric from conservatives to the string of explosive devices targeting prominent Democratic figures, according to Newsweek.

Hannity, who regularly criticizes the Clintons and Obama, disavowed the statements and attempted to undercut Collins' credibility.

"The media today and their reaction to this is so over the top, so outrageous, so disgustingly partisan. It just -- they're so quick to blame President Trump, Fox News, talk radio," he said. "You know, this jackass maybe needs to go back and hear my history because, I've got the tapes when Obama was president -- you know, whenever there was any threat to the president when the guy walked into the White House -- I said that we got to protect our president, doesn't matter what their politics are. We've got to protect all our politicians, retired politicians. And they purposely do this for cheap political points."

The Fox News host continued, saying "who is this Ben Collins? He's the -- you know, I feel like suing somebody like him and ramming the tapes I have of defending people and telling people never to act like this up his you-know-what in a court of law. Because he's a liar."
Posted 3:27:00 AM