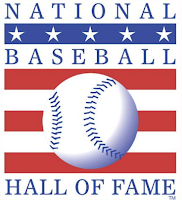 The Baseball Hall of Fame has announced its finalists for the 2018 Ford C. Frick Award, with eight announcers in contention for one of the highest honors in baseball broadcasting.

The winner will be announced on Dec. 13 at MLB's Winter Meetings in Lake Buena Vista, Fla., and will be honored during the Hall of Fame festivities in Cooperstown next season. If Blattner, Dean, Drysdale or Reese were to win, the award would be posthumously received.

Accord to milb.com, yhis year's nominees are part of the national voices category of the Frick Award, part of a three-year cycle for the award that also includes current Major League markets (announcers focused on a single team) and broadcasting beginnings (pioneers and early voices).

This award is named in honor of Ford C. Frick, a Hall of Fame sportswriter, radio broadcaster, National League president and baseball commissioner.
Posted 3:12:00 AM