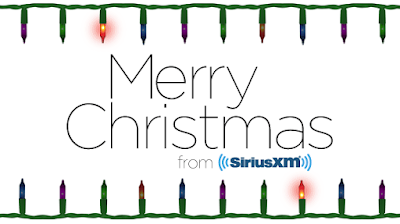 New to the holiday music channel lineup this year includes an exclusive Mannheim Steamroller channel, featuring music by Manheim Steamroller which is known for their blend of symphonic music with elements of new age and rock and modern recordings of Christmas music.

Radio Hanukkah (via satellite on channel 77)
Will feature an extensive collection of Hanukkah-themed music, including contemporary, traditional and children's selections as well as daily reflections and prayers related to the holiday.
Saturday, December 1 – Tuesday, December 11 at 3:00 am ET

70s/80s Christmas (via streaming on channel 780)
Will feature the biggest and most familiar Christmas and holiday hits from the 70s and 80s featuring artists such as Elton John, Carpenters, Paul McCartney, The Jackson 5, Bruce Springsteen, Wham!, Madonna and Hall & Oates.
Thursday, November 1 – Wednesday, December 26 at 3:00 am ET

SiriusXM offers people without a subscription the chance to sample SiriusXM's content on the SiriusXM app and the streaming web player at SiriusXM.com, seamlessly and without any registration requirements. Go to https://siriusxm.us/2AVma2a to tune in.