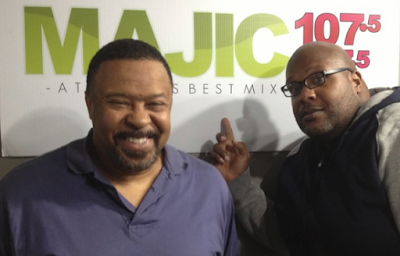 Ryan Cameron, who left V-103 earlier this year, will take over the afternoon slot November 5.

“We just didn’t feel it was the right fit for us,” SiMan said today in an interview.

He said they will seek new opportunities, hopefully continuing as a team. They have been a team for about four years.

Rap legend Chubb will continue to do some specialty shows and make appearances for the station.

SiMan plans to still do nightclub appearances for Majic and work as a contractor for now. “There is no bad blood,” he said. “They’re giving us a going-away party and letting us stay on air today.”

Ironically, SiMan was inducted into the Georgia Radio Hall of Fame this past Saturday, just days after he found out he had lost his afternoon spot on Majic.
Posted 11:19:00 AM