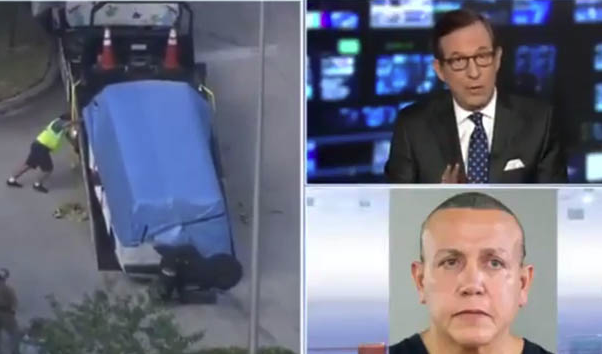 Fox News anchor Shepard Smith sparred with "Fox News Sunday" host Chris Wallace on Friday over whether President Trump's rhetoric should be linked to the explosives mailed to more than a dozen Democratic figures this week. 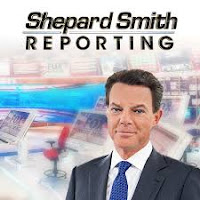 According to The Hill, Smith began the segment by noting that all of the figures who had the pipe bombs mailed to them, including former President Obama and 2016 Democratic presidential rival Hillary Clinton, have exchanged fierce criticism with Trump.

Wallace argued there was no direct link between Trump and the alleged actions of the suspect, Cesar Sayoc Jr., who was arrested and charged in connection to the mailed explosives. Sayoc was taken into custody along with a van with stickers and decals supportive of Trump, and he was shown in footage attending at least one Trump rally.

Wallace pointed to the 2017 shooting at a congressional baseball practice in Alexandria, Va., when a shooter targeted GOP lawmakers. The shooting left House Majority Whip Steve Scalise (R-La.) and three others wounded.

“I don’t think you can draw any particular link or any responsibility on the part of the president for this action,” Wallace argued. "I mean, as [White House press secretary] Sarah [Huckabee] Sanders said and just repeated by [Fox News White House correspondent] John Roberts, a Bernie Sanders supporter shot up the congressman at the baseball practice. Is Bernie Sanders responsible for that?"

"Nobody is saying he's responsible," Smith said. "The rhetorical discourse has devolved over time and the president says we need to unify. Some of that begins with the rhetoric, does it not?"

"It would certainly be good, but I think it’s separate and apart from the actions of this guy," Wallace replied. "This is a twisted person."

The back-and-forth starts at the 6:01 timemark: