Mid-Term Elections: ABC Aims To Get The Jump On NBC, CBS 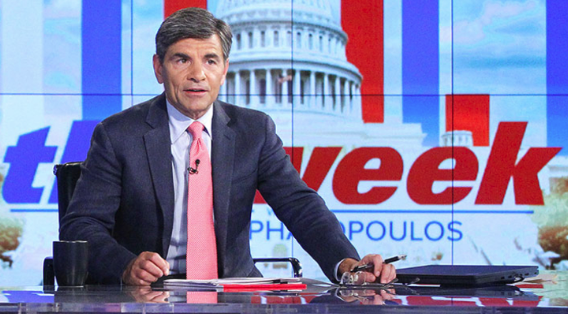 ABC News says that it is treating midterm election night coverage as if it were a presidential year, promising Wednesday to get a one-hour jump on its broadcast rivals by devoting the entire prime-time schedule on Nov. 6 to reporting results.

According to the Associated Press, the network said its “Your Voice, Your Vote” show, anchored by George Stephanopoulos, will begin at 8 p.m. Eastern time and 7 p.m. Central. While cable news networks will undoubtedly be on the story all day, both CBS News and NBC News previously announced that their continuous election-night coverage would begin at 9 p.m.

Four years ago during the midterm election of President Barack Obama’s second term, ABC had only an hour of prime-time coverage starting at 10 p.m. Eastern.

Starting at 9 p.m. allows CBS and NBC the chance to air two of its most popular programs, “NCIS” and “The Voice.” ABC will be bumping “The Conners,” but the head start may give it an edge among viewers interested in the race. ABC News President James Goldston said local affiliates are onboard with the extra time.

“It’s something that our viewers have shown that they want,” Goldston said. “I’m hopeful that this will be the most complete coverage that we have ever done.”
Posted 3:34:00 AM