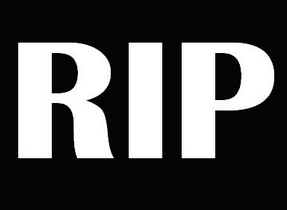 Gabriel, a influential St. Louis disc jockey whose exuberant personality and passion for blues and gospel entertained radio audiences from the 1950s to the present, died at Mercy Hospital South on October 19.

He was 88, according to The Riverfront Times.

A mainstay on KDHX 88.1 FM, he hosted Gabriel's Tin Pan Alley every late-night Sunday for decades.

Gabriel was born Mitchell Hearns in Louisiana in 1930, but grew up in East St. Louis where he came to know and worked with many of the legends of rhythm and blues, both regional and national, including a significant relationship with Ike Turner. In 1958, he released “Boxtop” by Turner on his own Tune Town label. Copies are among the holy grails of rhythm and blues, as it was the first recording of Tina Turner (under the name Little Ann).

“Ike would ask me to pick [Tina] up and take her to the gig or the studio or whatever,” he once recalled. “I was the only one he trusted to pick her up. He knew I wouldn’t try to hit on her.”

Gabriel owned a record store in St. Louis called the House of the Blues and had his own recording and performing career, releasing singles under various names — “The Flock-Rocker,” “Gabriel, His Trumpet and Band of Angels,” and “Gabriel & the Angels” — on which he often played trumpet and was sometimes backed by Ike Turner’s band and legendary St. Louis guitarist Bennie Smith.

According to the St. Louis Radio Hall of Fame, his career in radio began in 1952 with WOKZ in Alton, Illinois, and then WTMV in East St. Louis and KATZ, where he held down a five-hour Sunday night/Monday morning slot through the late ‘60s. In 1969, he quit the station after a programming change.

“I can no longer with a clear conscience play the music which you have selected me to play,” he said in his resignation letter. “Radio stations are not the only ones to blame for this garbage, sharing the blame equally are record companies that take noise, distortion and in most cases people with little or no talent, make recordings and in turn the radio stations (including KATZ) play this so-called music 24 hours a day on the minds of the young.”
Posted 3:01:00 AM