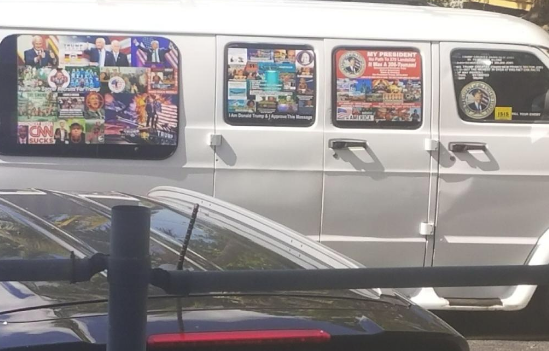 Federal authorities made an arrest on Friday in connection with the nationwide bombing campaign against outspoken critics of President Trump, a significant breakthrough in a case that has gripped the country in the days leading up to the midterm elections.

The arrest came even as the crude pipe bombs continued to appear across the country. Federal law enforcement officials said Friday that they had discovered three more of the explosive devices in three states.

One, found in Florida, was addressed to Senator Cory Booker, a New Jersey Democrat; another, discovered in a Manhattan post office, was sent to James R. Clapper Jr., a former director of national intelligence; and a third was intercepted before it reached Senator Kamala Harris, a California Democrat.

Sayoc, a registered Republican, has a lengthy criminal history in Florida dating back to 1991 that includes felony theft, drug and fraud charges, as well as being arrested and accused of threatening to use a bomb, public records show.

A law enforcement source told CBS4 in Miami they were led to Sayoc through DNA evidence. Sayoc reportedly has ties to New York and that he has a criminal history.

The FBI wrapped a blue tarp over the top of a white van in the parking lot, to preserve any evidence, before it was put on a flatbed truck and taken to an FBI facility.

That van is covered in pro-Trump and anti-Hillary Clinton stickers, along with stickers with a negative message about CNN.